A new Seven Wonders of Nature, the UNESCO World Heritage–listed Puerto Princesa Underground River flows through a limestone cave system before spilling into the South China Sea. A paddle through this wondrous ecosystem, filled with otherworldly cave formations and chattering bats, is one of the Philippines’ most unforgettable experiences.

This National Park is a protected area in the Philippines. It is located in the Saint Paul Mountain Range on the western coast of the island of Palawan, about 80 kilometers (50 mi) north of the city of Puerto Princesa and contains the Puerto Princesa Subterranean River.

The park has been managed by the Puerto Princesa city government since 1992 and was listed as a UNESCO World Heritage Site in 1999.

On November 11, 2011, Puerto Princesa Underground River was provisionally chosen as one of the New 7 Wonders of Nature. This selection was officially confirmed on January 28, 2012. It also became a Ramsar Wetland Site in 2012.

>> More options for things to do in Puerto Princesa

Xelexi.com searches both the largest booking websites and small local systems. Enabling you to choose the most affordable offers that are not even listed on each service separately.

Afterward, if you're into adventure, then look for excursions or things to do at your destination. Get an unforgettable experience. Explore and book amazing tours and activities.

Xelexi.com is very simple and fast. We help you find hotels, airline tickets and tours that fit your travel budget. It's free to use. There are no additional and/or hidden costs.

So what are you waiting for? Use Xelexi.com now! Let's have an adventure! 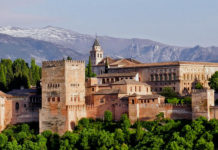 Holland in One Day Sightseeing Tour