Quoted from KompasTravel on Wednesday, December 21, 2017, the Qantas press release stated that this decision was made due to an increase in demand for full-service flight services to one of Australia’s most popular tourist destinations.

Flight services to Bali from Australia will be carried out by a combination of two Qantas Group airlines namely Qantas and Jetstar. The CEO of Qantas International, Gareth Evans said that the core of the increase in capacity was the addition of choices.

“The combination of Qantas and Jetstar allows us to give customers the most flexible choice to go to Bali. It is important for tourists to go to the desired tourist sites with different budgets and tastes, “said Gareth Evans.

According to Gareth, Qantas’ seasonal service received a fantastic response, especially from frequent flyer customers, so it was encouraging to set this flight to be a fixed annual service.

Qantas flight services to Bali are available four days a week and will use Boeing 737 aircraft with two classes of cabins, and ticket prices include luggage, food and beverage facilities and inflight entertainment.

While Jetstar, the low-cost airline Qantas Group will remain the main airline serving the Australia-Bali route with a frequency of 60 round-trip flights in a week.

Qantas starts the second year of daily seasonal flights to and from Bali on December 14, 2016 and will continue until March 25, 2017, then change into permanent flights four days a week starting March 26, 2017. 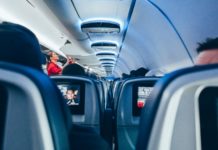 Typical Jogja Souvenirs That You Can Bring Home

What tour activities you should do in South Korea?